Transparency Market Research (TMR) has published a new report titled, “Bowel Management Systems Market – Global Industry Analysis, Size, Share, Growth, Trends, and Forecast, 2018–2026”. According to the report, the global bowel management systems market was valued at US$ 1,682.95 Mn in 2017 and is projected to expand at a CAGR of 3.70% from 2018 to 2026. Increase in the prevalence of fecal incontinence and constipation in elderly population and rising geriatric population are anticipated to boost the global market from 2018 to 2026.

The report offers detailed segmentation of the global bowel management systems market. Based on product, the market has been segmented into systems and accessories. The systems segment is expected to propel at a high growth rate owing to the rising demand for minimally invasive treatment options due to their effectiveness and cost-efficiency. The irrigation systems sub-segment holds a major share of the systems segment owing to the ease of use and effectiveness of the treatment. These help improve the quality of life, prevent infections, provide odor control, and reduce daily nursing time.

In terms of end-user, the global bowel management systems market has been divided into hospitals, ambulatory surgical centers, and home-care settings. The hospitals segment held a major share of the market in 2017. Expansion of the segment can be attributed to the rising cases of spina bifida and anorectal malfunctions among the pediatric population and rise in the number of surgical procedures such as spinal cord injuries in adults.

In terms of revenue, Europe dominated the global bowel management systems market in 2017. The market in Asia Pacific is anticipated to expand at a rapid pace during the forecast period. Expansion of the bowel management systems market in the region is attributed to the increase in geriatric population and rise in the number of patients suffering from fecal incontinence and constipation. Additionally, new product launches, changing reimbursement scenario, rise in awareness among people, and improving healthcare infrastructure are major factors driving the market in Asia Pacific.

Request for a Discount on Bowel Management Systems Market Report –

Strategic acquisitions is the primary strategy adopted by market players 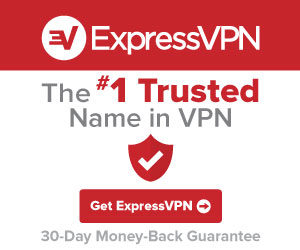